Hino Sports Deck is Back 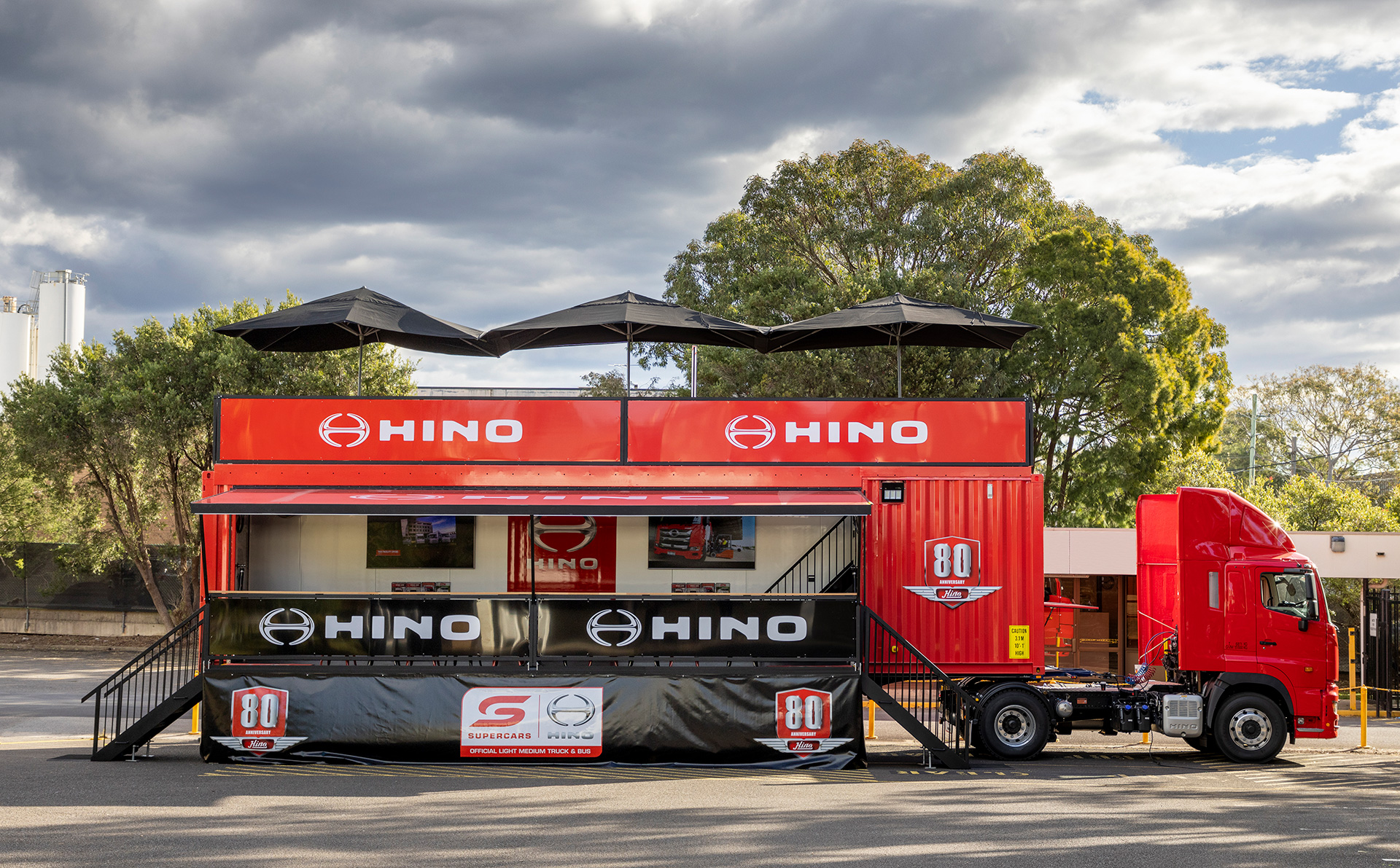 Hino Australia will launch its impressive, new Hino Sports Deck at the NTI Townsville 500 on 8-10 July 2022.

Transported by an all-new Hino 700 Series SH1845, the double-story, converted 40 foot shipping container will provide some of the best viewing opportunities at selected rounds of the Repco Supercars Championship.

“The Sports Deck takes our major sponsorship of Supercars to another level allowing us to further engage with race fans and customers after a couple of challenging years, which has limited our presence trackside,” said Richard Emery, Vice President of Brand & Franchise Development for Hino Australia.

“We launched the original Sports Deck in 2016 and have re-engineered the new version to better suit our requirements with improved and additional vantage points to watch the race and a more efficient design, which enables an easier set-up and pack down for each event.”

Two 75 inch screens allow sports enthusiasts to watch other sporting codes, while still being a part of the trackside action.

“Visitors to the Sports Deck will have a chance to win money can’t buy experiences on track such as safety car rides and grid walks, along with Hino merchandise giveaways,” continued Mr Emery.

A 7KVA generator with a 200 litre fuel tank will allow the Sports Deck to run without external power, which is significant for longer events such as the Repco Bathurst 1000 on 6 to 9 October.

The fit-out was again undertaken by Ellis Management.

The Sports Deck will be transported by an all-new Hino 700 Series SH1845 that features a E13C-BL engine with peak power of 450hp (331kW) and 2157Nm of torque, matched to the latest generation of the ZF 16-speed Automated Manual Transmission (AMT), the TraXon TX 2441TO.

“The SH1845 is safer, cleaner and connected, and has been well-received by our customers since launch in August 2021.

“Customers also have the opportunity to interact with a static display of our range of award-winning trucks trackside,” concluded Mr Emery.