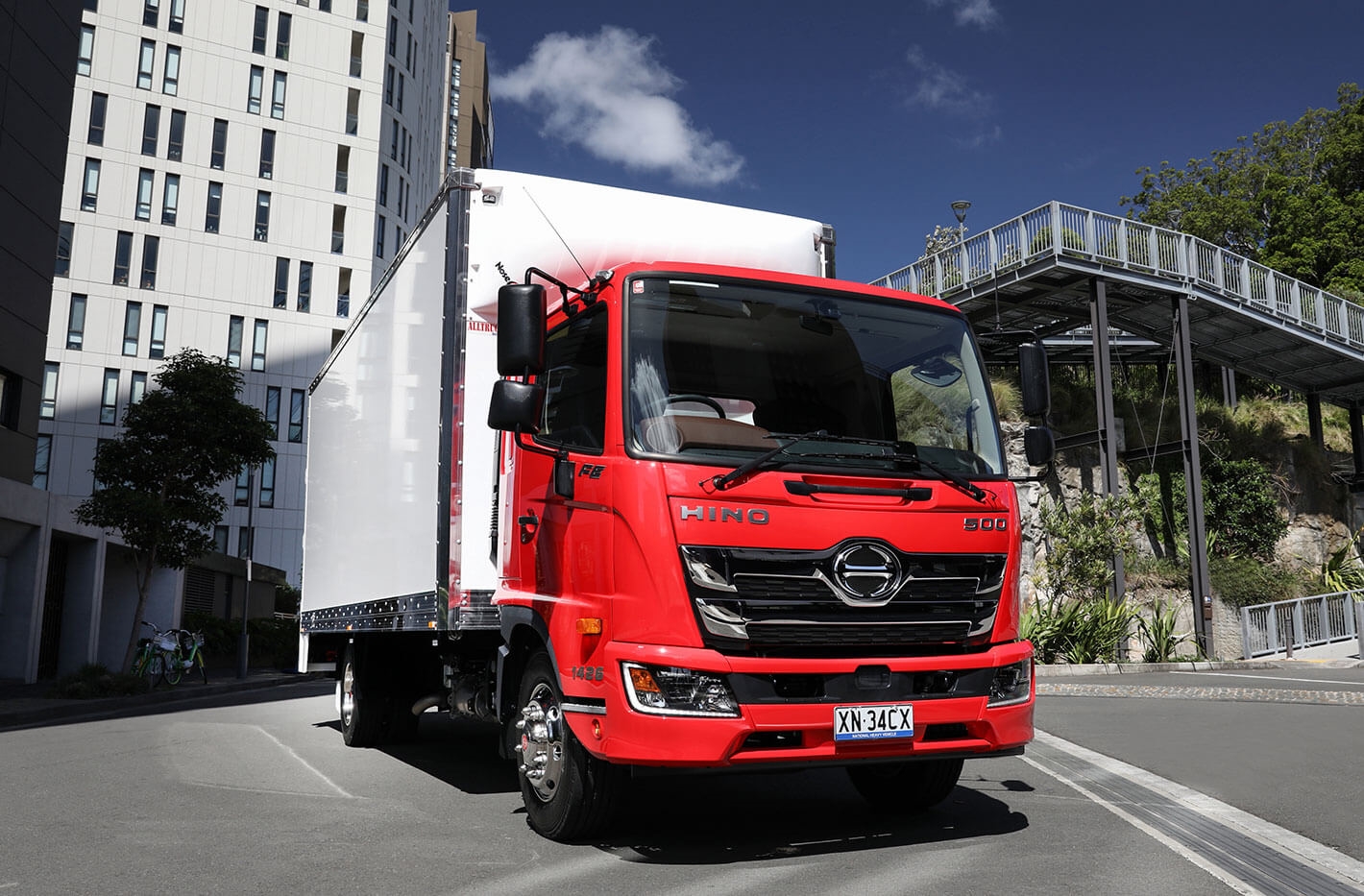 The strength of the medium-duty Hino 500 Series Standard Cab was key to Hino achieving record results.

Hino Australia’s best ever single month of sales in June has capped off a record first half of the year for the Japanese manufacturer.

“The truck market continues to go from strength to strength, particularly in the light and medium-duty segments,” said Brian Wright, General Manager of Sales and Supply Chain for Hino Australia.

“We have been well positioned to capitalise on this market performance by virtue of the new products we have introduced over the last three years.”

The delivery of 761 trucks in June marginally bettered last year’s record June result of 752, and continued a run of record sales results in April and May, which both bettered any previous years’ results in those months.

The strong sales results in the second quarter was a key contributor to sales of 3,208 units in the first half of the year, which is a 6.9% improvement over the previous record of 3,001 sales in the same period in 2008.

“Almost a year after its launch, the numbers tell the story for the new 300 Series – we achieved a national market share of 23.8%.

“Light-duty sales are being driven by high confidence in the online retail sales and construction industries while the rental market is showing strong signs of returning to levels of previous years.”

The medium-duty Hino 500 Series Standard Cab asserted its dominance as one of the top selling medium-duty trucks in the country.

Its strength was key to Hino achieving a national market share of 35.41% year-to-date in medium-duty.

The 500 Series Standard Cab was market leader in Queensland and Victoria with medium-duty market shares of 37.4% and 36.7% respectively.

“Both the light-duty 300 Series and medium-duty 500 Series Standard Cab boast class-leading safety packages, which have been well received by our customers – our Hino SmartSafe package extends to the all-new 700 Series, which was launched last month, and is the safest Hino Australia truck ever with the addition of Driver Monitor,” said Mr Wright.

“Providing our customers with national sales and service support is an ongoing priority for Hino Australia with new or improved premises opening in Hobart (Tasmania), Hamilton (VIC), and Lismore and Orange (NSW) already this year, with future expansions projected,” he concluded.